Tallulah here!
Just wanting to give you the first recap of Pugapalooza 2011: Mardi Paws!
We had a blast! 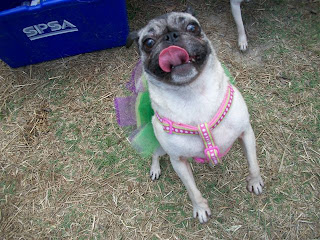 You can kind of see our tutus in Mardi Gras colors.
Petunia begging for a treat. 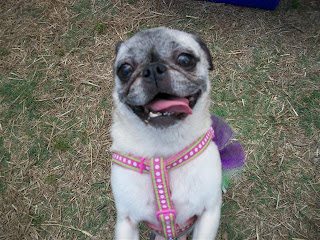 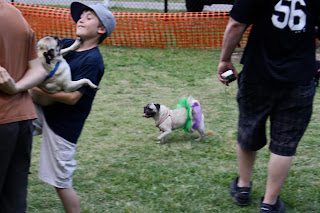 Here's mom with Isabelle and her float.
Isabelle won first prize in the float competition! 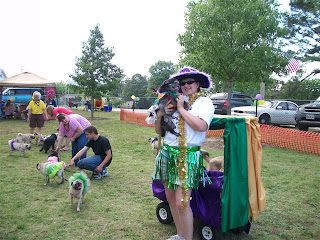 Mom was not the only human who dressed up, but more on that later. 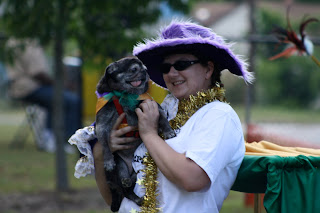 Isabelle's dress was made by Punchy and was SPECTACULAR!
She made this in a day.
Amazing!
Isabelle was not the most cooperative model however. 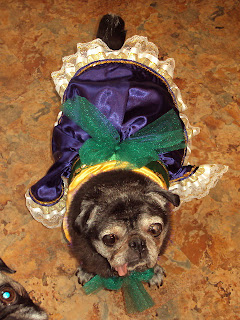 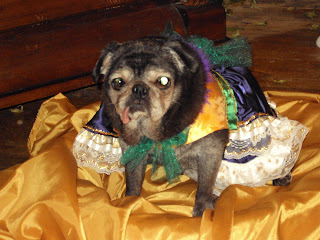 She's just grumpy because all the fun is over. 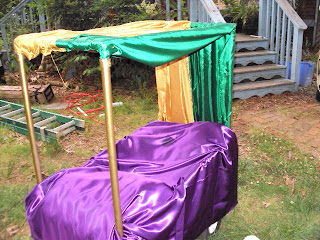 Here's her float, too. We aren't sure if anyone got a picture of her actually in the float or not.
Mom's gotten more than 400 pictures from Pugapalooza from other people.
Don't worry, we won't be posting them all.
More on Pugapalooza fun later!
Posted by Southern Fried Pugs at 7:08 PM