I started writing this post when Isabelle was first diagnosed in July. I've been adding to it as I remembered things. I wanted to get as much written down before the grief overcame me.

Isabelle wasn't a sweet cuddly pug. She didn't like being held by me. She didn't like kisses or hugs. She tried to bite me if I touched her nose or ears. I had to restrain her to get her eye medications in. She had attitude that she really couldn't back up with only three teeth. She would get so mad when it was nail trim time that she would pass out.

I loved her more than I thought I would. Because she came into my life at a late age, I've only had five and a half years with her. She didn't connect with me like Tallulah and Petunia did. Tallulah and Petunia are my heart. I loved Isabelle, but not in the same way. And that's ok. I know she loved me the best that she could. Even if she would have preferred a man.

Here are some of my favorite memories of Isabelle.

Just a few months after coming to me, I was removing staples and carpet tacks from my stairs. Isabelle sat at the bottom and barked and cried. Then she made her way up to me slowly, basically the only time she ever tried to climb my stairs.

Isabelle and I were on a local morning TV show to promote Pugapalooza one year. I brought a small bowl of Cheerios to keep her occupied (and less barky). The TV lady wanted to feed her some and took a handful of Cheerios. Instead of giving her one at a time, she held out her palmful of snacks. Isabelle dove face first into those Cheerios! She always ate with gusto.

She hated the first stroller I got her. It was too low to the ground, and the sides were too high. She liked the second one because it got her up higher and frankly closer to any available treats. She was still fussy if she couldn't see me though. She put on quite a show every year in the parade in her stroller. People even recognized her from the parade. She was also crowned Norfolk's first Canine Crusader last year. 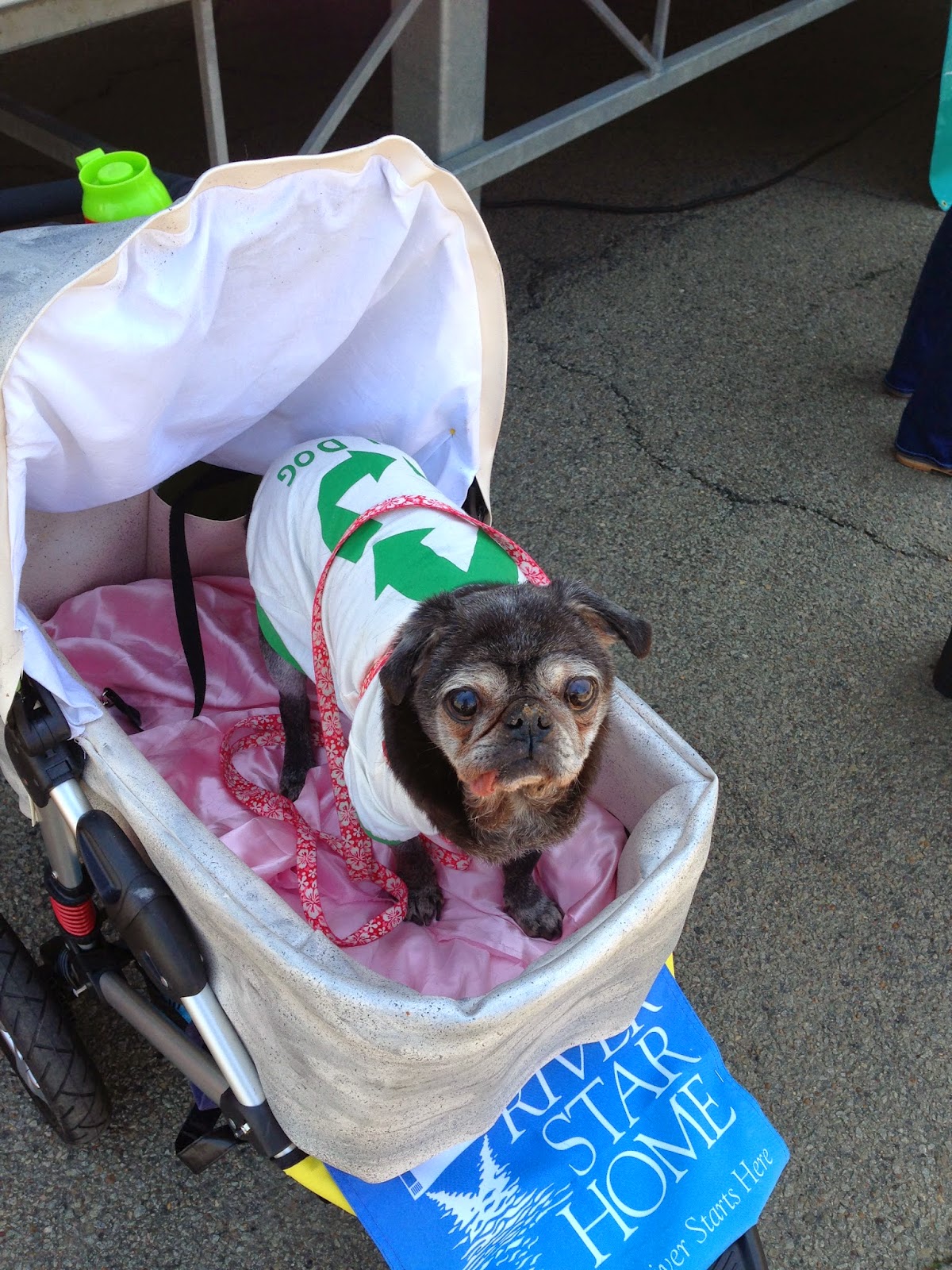 Isabelle didn't like to be on the furniture which led to several, several dog beds. At any one time, there were at least three in the living room. She moved from bed to bed when she felt like it. She seemed to prefer the orthopedic ones in rectangle shape. We had other orthopedic beds in different shapes which she would use if she had to. If a rectangle was put down, she immediately moved to it. 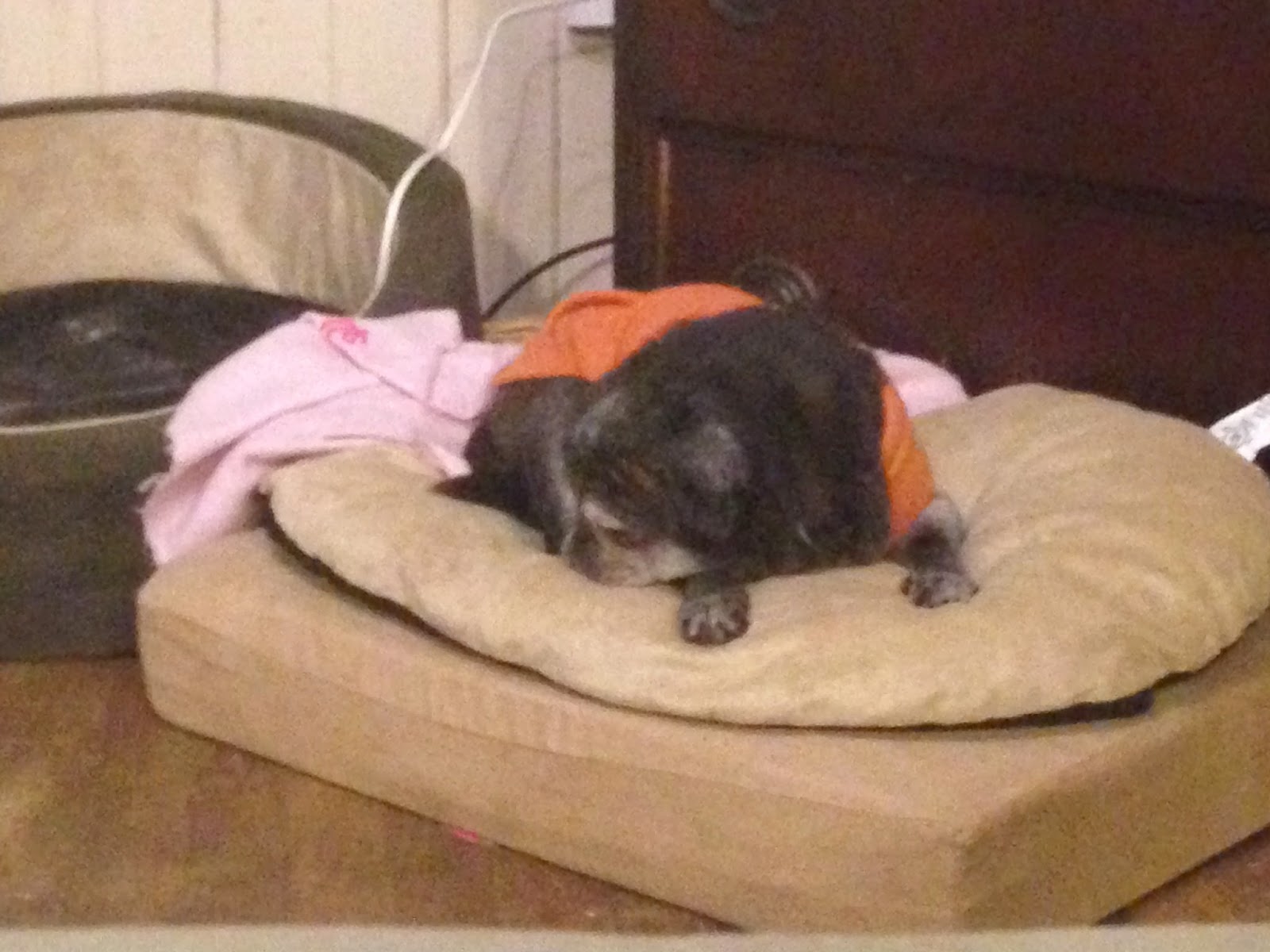 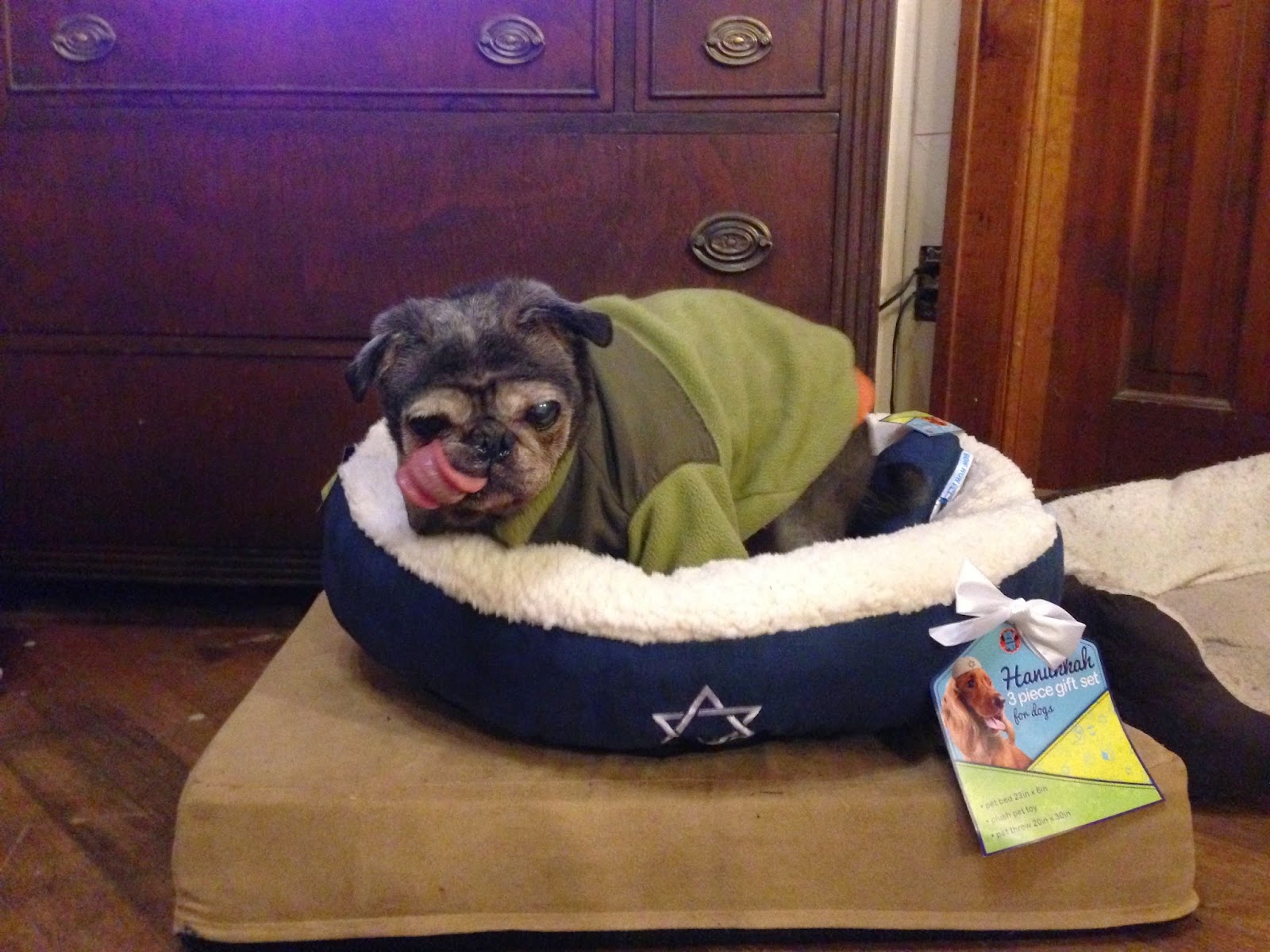 She liked it even better if beds were double stacked.

After years of trying different things, she finally found a warming bed thing she liked, the Body Glove Pup Warmer. Keeping her warm was a challenge. If she got too cold, she would cough, always a danger with trachea dogs. She had a huge wardrobe of sweaters and t shirts and fleeces. The pugjamas started because of Isabelle. The track suits mom got her were too long. Thus, mom started making her own. 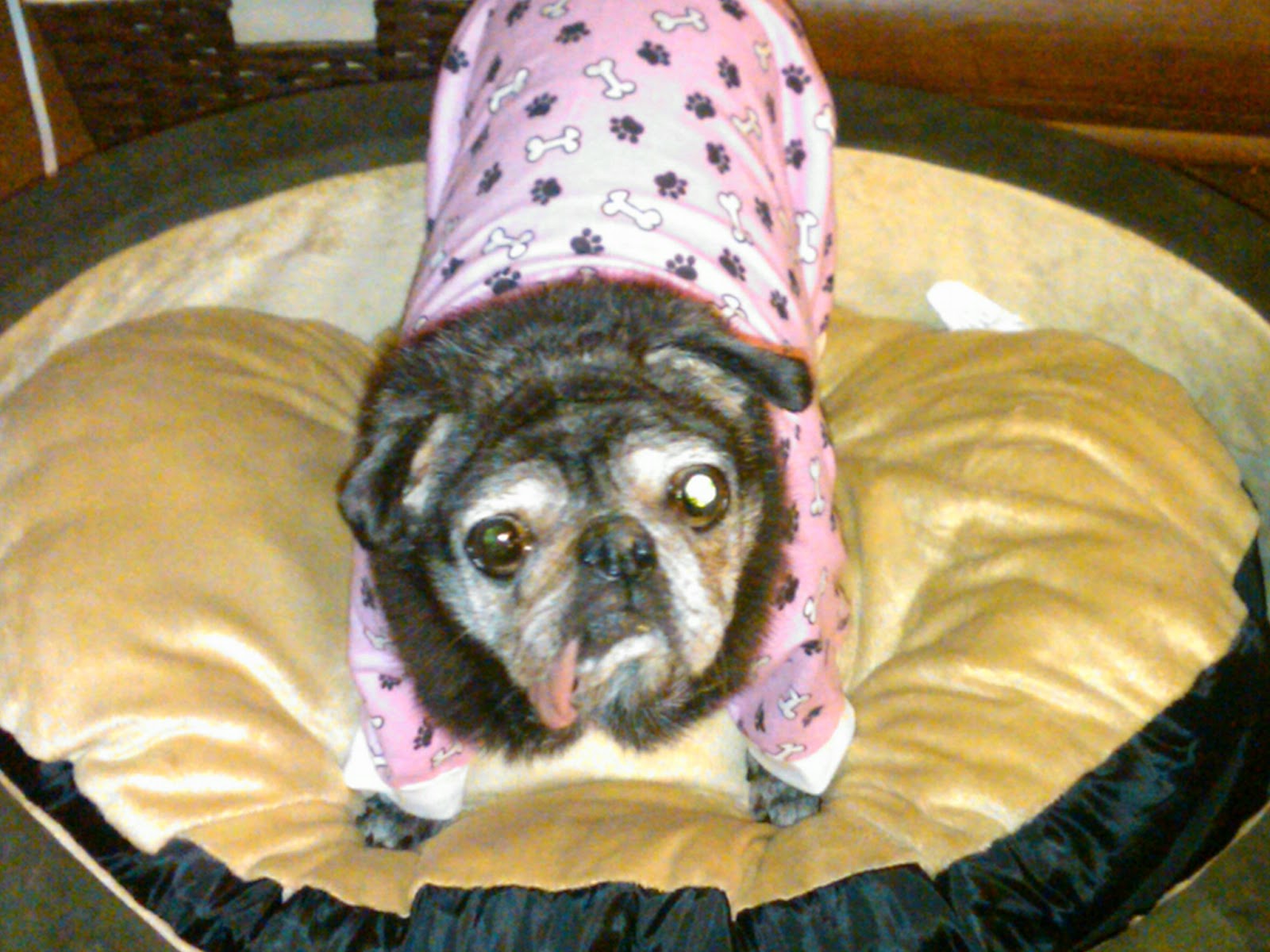 Isabelle was not a fan of swimming. At all. Unfortunately for her, swimming was the best exercise she could get as a black, senior pug with breathing problems. She needed the exercise because of arthritis. I made her swim a few laps a few times a week then she could float around in her ladybug float with me. She didn't like to be away from me, but she didn't like to be in the pool either.

Isabelle met very few foods she didn't like. Bananas are one. She liked the flavor, but apparently not the whole fruit. She also never met a size of food she didn't think she could handle. Which led to trying to swallow things whole and choking. That taught me to cut up her food and break up the treats. Her favorite treat were Pumpkin Kisses from Pugs in the Kitchen. I ordered 3/4 of a pound for her in June. I made sure she got to eat every one.

She felt the same way about her birthday and Gotcha burgers. She has had several burgers since the cancer diagnosis.
Here she is eating one from a few years ago.

Isabelle was also the spokespug for our neighborhood. Here she is with me, celebrating our win of an award for our work on the dog park. 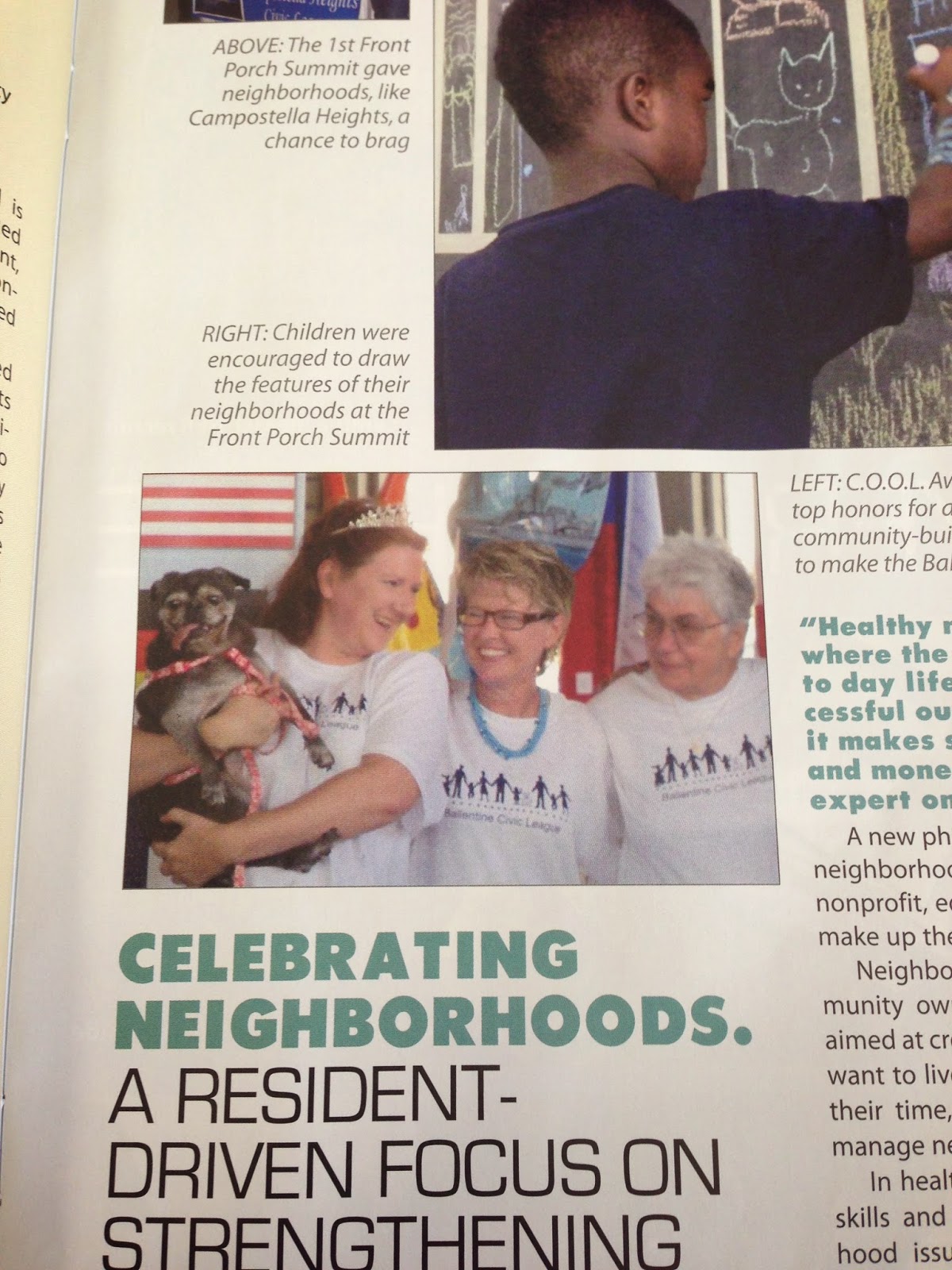 Here are some of my favorite photos of her.


I did the best I could for you, Baby Belle. I'd like to think you knew that.

Isabelle is proof that senior rescues deserve that second chance at life. She had a laundry list of medical problems. Any one of them was enough to keep a pug down. Despite all of that, she enjoyed life. I would do it all again, even knowing how it would end. Senior pugs have so much life left to live and so much love to give. I thank her previous owner for surrendering her to Mid-Atlantic Pug Rescue, that meant that I got to love her for 5 1/2 years. She was the reason I became a founding member of Pugs U Gotta Save. She is the reason I will continue to work in rescue and encourage people to adopt. Especially seniors.

I want to thank our blog friends for posting for Isabelle and embracing us with love and support. I want to thank our Twitter friends who celebrated Isabelle's life with burgers. If you're on Twitter, search #IsabelleBurgerFriday to see all the tweets. I may be physically alone, but I know I have a huge community of pet lovers out there. All wishing us love and comfort. It really, truly helps.

I hope everyone had a burger (or the treat of your choice) in her memory. We will be sad, but we know she's pain-free and bossing everyone around over the bridge.
Posted by Southern Fried Pugs at 10:43 PM