One year ago, we got the official notice that Isabelle would be a permanent fixture in our home. She had been with us since March 2009 as a foster pug, and after Quincy passed, she let us know that she wanted to stay put. 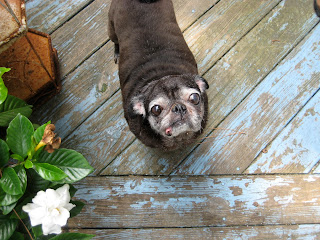 So happy Gotcha Day, Baby Belle. We hope you are happy here in your retirement home and enjoy whatever time you have left as a pampered Southern Fried Pug. 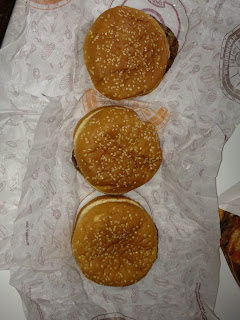 And enjoy your very own hamburger!
Posted by Southern Fried Pugs at 6:24 PM 18 comments

The weather here, like most of the country, has been insane this winter. This week, we broke a daily high record with a whopping 81 degrees in February. Then the storms came through. Tonight the low will be in the 30's.
We'd like off the roller coaster, please.
The poor flowers don't know what to do. Usually, there's a grand scheme with the bulbs. 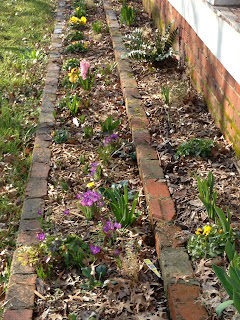 She planted some that bloom in January, some in February, some in March, etc. Given that Mother Nature has been a bit bipolar, none of the flowers are doing what they are supposed to be doing. 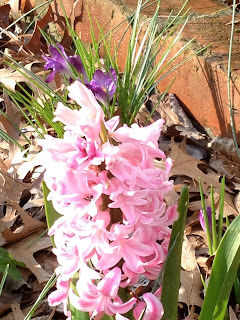 Since it's been mostly mild, the hyacinths came up early. They usually don't bloom until mid to late March. 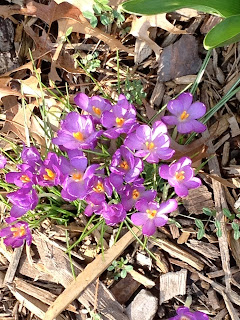 The crocus were supposed to bloom in January but they are just now coming up. The tulips are coming up but haven't put on buds yet. 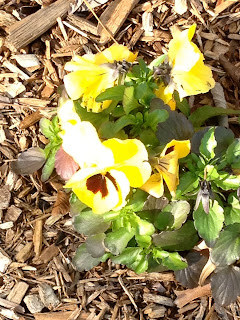 But the pansies are doing great. They should bloom until May or until mom pulls them up to plant impatiens.
What's it like in your part of the world?
Posted by Southern Fried Pugs at 10:02 PM 5 comments

It's rainy outside. Might even snow tonight. Needless to say, we are doing a lot of sleeping today. 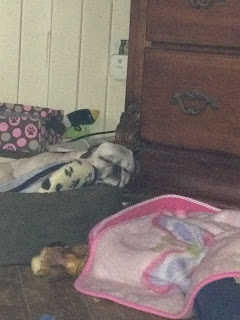 Mom's been cooking up a storm. Dog food, beans for chili, then chili later and gumbo even later. 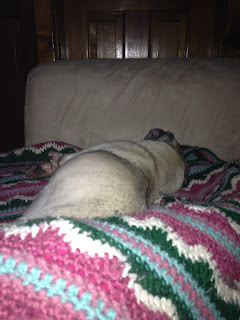 Wake us up when it's supper time. 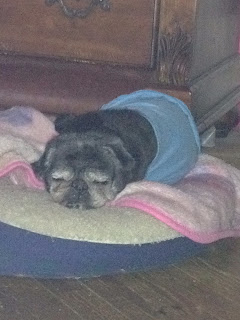 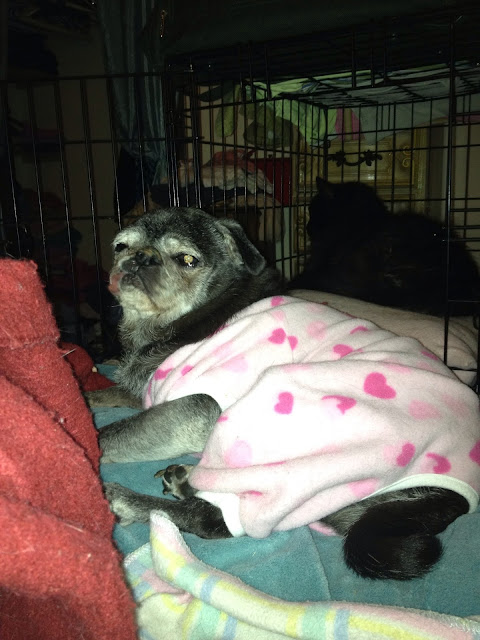 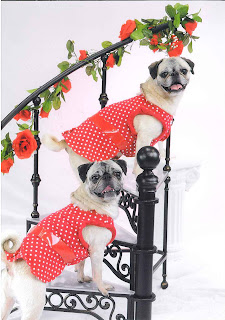 Posted by Southern Fried Pugs at 9:41 AM 13 comments

After five years and 30 days, mom finally has an iPhone. 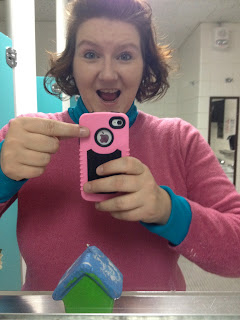 See, she's been an Apple person since the Apple IIe. She's had the Performa 636, the grape egg-shaped iMac, the white iMac with no tower and the white Macbook. Due to issues with AT&T and moolah (lack of it!), she had to wait for the upgrade. And today it came!
Here it is! Her name is MiniPearl. The laptop's name is Pearl, so this smaller, white one is a mini. Get it? 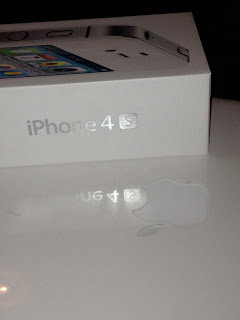 Anyway, you should expect much better pictures and video from now on. Although there's only so much a great piece of technology can do when the photographer is not so good.
Posted by Southern Fried Pugs at 10:38 PM 12 comments

The weather here today was GORGEOUS!
Sorry to you folks who are buried under snow or freezing.
The great weather meant a big turn out at the pug meet up!
We probably had 30 dogs there today. Not all pugs, but mostly. 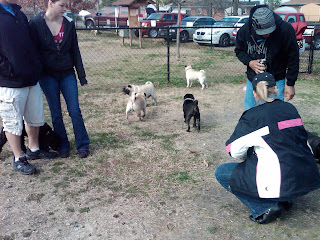 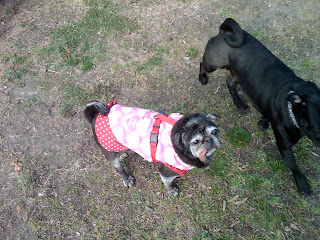 Isabelle in her Valentine's outfit with Alice, a newcomer. 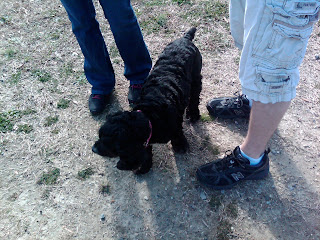 This poodle has a pug brother, so he's an honorary pug. 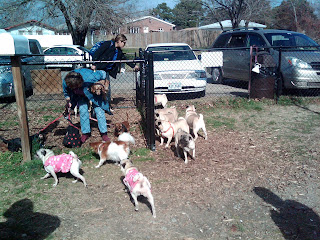 Here we are greeting some new folks, Daschunds! That's Petunia and Tallulah in dresses. We have to dress for outings. 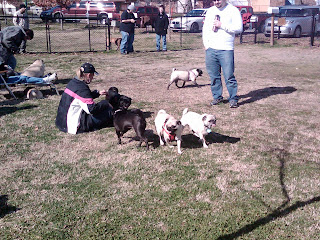 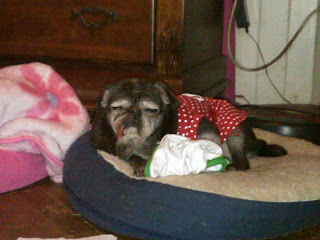 Isabelle after the meet up.
It's exhausting to be a social puggerfly.
Hope everyone is having a great weekend, wherever you are!
Posted by Southern Fried Pugs at 8:21 PM 8 comments