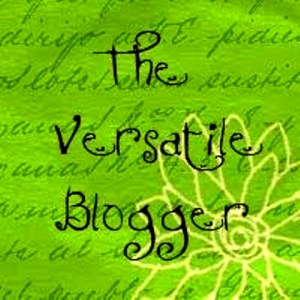 We are honored. A little peeved that we have to let mom hog the blog, but then again, she does feed us.

So seven things about mom.

1. She's a smarty pants. Working on her doctorate in public administration. About 3 more years to go! Puts a crimp on our time, but she claims it will bring in more treat money later on.

2. She drives a ratty old pickup truck. It's been breaking down a lot, so we are hoping to get a pugmobile this fall. Fawn colored interior, of course!

3. She learned Korean for the Air Force. She hated it and was glad she never had to go to Korea.

4. She trained us in Chinese. Gotta be different. So now we can ignore "sit" in two languages!

5. Her sister is her best friend. The plan is to find a great place to live (somewhere southern!) where they can either share a big house or live next to one another. We have to wait a few more years until Uncle John retires from the Army, then they hope to at least be in the same time zone.

6. She likes to call herself Martha Vila. She channels Martha Stewart to sew and craft and cook and Bob Vila to build stuff. She has some really cool power tools.

7. She plans on having really blue or purple hair when she gets old. Why not?

We are passing this award on to seven bloggers we'd like to know more about. Definitely hard to pick just seven!

The Pug Posse
Salinger
The Pugs Strike Back
Wilma the Pug
Noodles
Payton
Kitty + Coco
Posted by Southern Fried Pugs at 6:00 AM